David Vergato is a musician and professional educator with experience teaching band, orchestra, jazz ensemble, guitar, and general music classes.  He has been teaching at Bradford Preparatory School since the 2016-17 school year.   He has earned a Bachelor of Music in Studio Music and Jazz Performance at the highly acclaimed University of Miami Frost School of Music, a Graduate Certificate in Teaching from UNC Charlotte, and a Master of Music Education from Winthrop University (having transferred there from UNC Greensboro). Mr. Vergato has taught in both public and private schools since fall of 2006, building and improving the music programs in the schools. He is a member of the North Carolina Bandmasters Association, the South Central District Bandmasters Association, and the International Society of Bassists. His bands have won Superior and Excellent ratings at concert band festivals, and his students have performed at the the Southern Christmas Show, the (NC) South Central All-District Band Festival, Walt Disney World, and Carowinds.

Mr. Vergato maintains an active performance and teaching schedule outside of school hours, and is currently an Adjunct Professor of Music at Winthrop University.  As a freelance professional bassist he has acquired extensive performance experience in a wide variety of musical styles from classical to jazz, rock, funk, and contemporary Christian music, and is one of the top bassists in the Charlotte region.  Recently, he performed with Debby Boone, and earlier this year he performed with Denver & The Mile High Orchestra in China.  From 1999-2003 he performed onboard Royal Caribbean cruise ships traveling abroad to Europe, South America, and the Caribbean.  He has performed with the Charlotte Symphony Orchestra (Pops), the Union Symphony Orchestra, Natalie Merchant, Steve Lippia, Five By Design, Little Anthony & The Imperials, Ben Vereen, The Platters, The Smothers Brothers, The McFadden Brothers, Bill Hanna, Chad Lawson, Noel Freidline, Gabe Dixon, John Mark McMillan, Leonard Jones, members of the Jazz at Lincoln Center Orchestra, and many others.  Mr. Vergato's professional objective is to teach students to foster a deep appreciation and love of music through study and mastery of musical performance, while continuing to grow as a musician and educator. 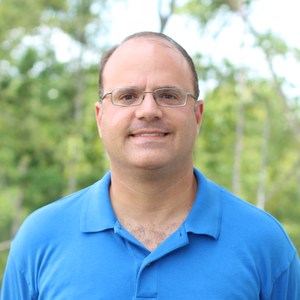