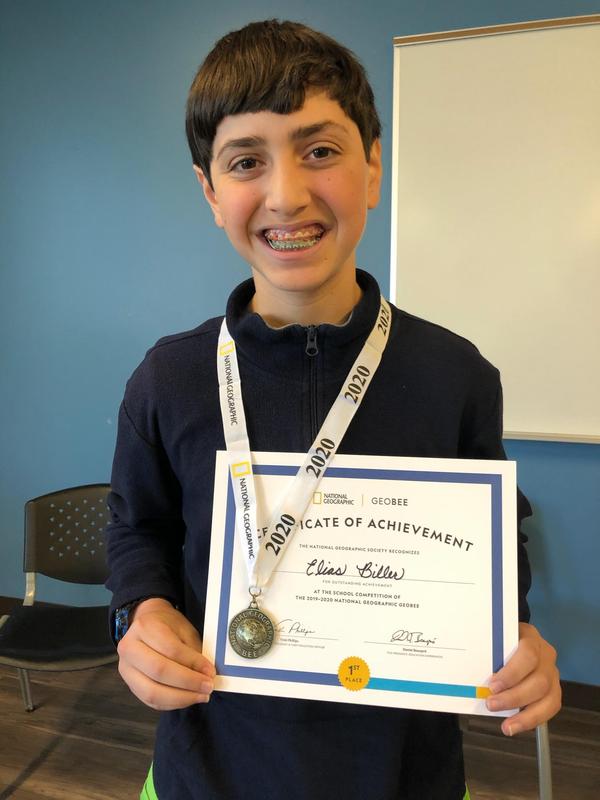 The results are in! The National Geographic Society named Elias Biller, a 7th grader from Bradford Preparatory School in Charlotte, as one of the semifinalists eligible to compete in the 2020 National Geographic GeoBee State Competition. The contest will be held at Central Piedmont Community College on Friday, March 27, 2020.

This is the second level of the National Geographic GeoBee competition. To determine each school champion, GeoBee competitions were held in schools throughout the state with students in the fourth through eighth grades. This year, an estimated 2.4 million students competed in the GeoBee, with 8,661 students becoming school champions. School champions also took an online qualifying test, which they submitted to the National Geographic Society. Up to 100 of the top-scoring students in each of the 50 states, the District of Columbia, Department of Defense Dependents Schools and U.S. territories were invited to compete in the State GeoBees.

State champions will receive a medal, $1,000 in cash, and other prizes, as well as a trip to Washington, D.C., to represent their state in the National Championship where they will compete for additional cash, awards and college scholarships. The second- and third-place State GeoBee winners will receive cash awards of $300 and $100, respectively.